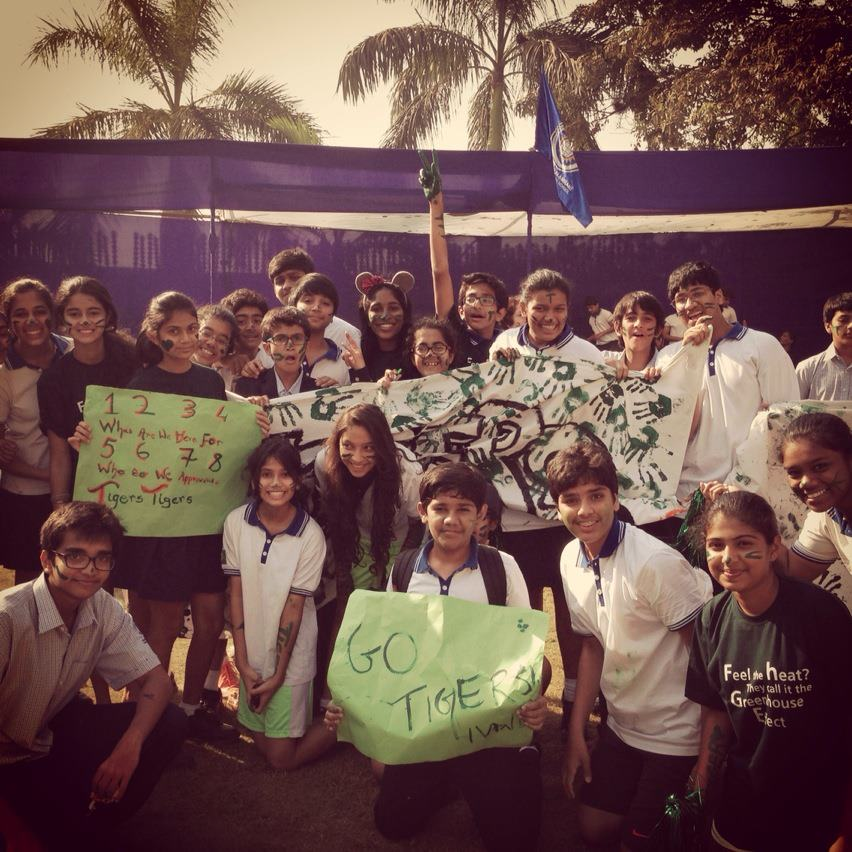 Feeling the heat? It’s the Green House effect. Once you’re a Tiger, you’re a Tiger for life. The color green makes you think of the house banners and handprints plastered all over it. All of your school uniforms have some sort of permanent green mark on them, from making banners or fingerpainting with fabric paint. Stripes are your favorite pattern. Your new favorite t-shirt is the house t-shirt with the house slogan on the front, and the logo on the back. This house has an infectious spirit; win or lose, we’re proud to be Tigers.

Tiger House has become an integral part of each of us council member’s lives, shaping our personalities and attributes for the times to come. Apprehension soon changed to excitement as we progressed through our tenure, learning what it is like to be a member of the student council. Hard work, dedication, teamwork, planning, strategy, and thinking ahead, these are the values that were looked for in us, and these are the values that we developed as a council, learning to put aside individual concerns for a whole, a larger entity, a larger cause.

Whether it is spats, the disagreements, the tears that come with defeat or the indescribable joy that comes with victory, we have stuck together as a council, striving to do the most we could for a House that has given us so much, taught us so much, striving to make the most of the duty assigned to us. Being part of the student council has shaped us as more responsible individuals, inculcating a spirit of leadership within each of us, imbibing values that will stay with us forever. For being part of the student council is more than just a badge and a blazer; it is the feeling of being able to contribute more wholesomely to a House that has come to matter to us more than anything else. It’s cemented our identities, our memories, and has become an integral part of who we are.

Sports Day was the most recent event, and is one of the biggest of the year. The Tigers attacked it with green balloons and banners and ceaseless cheering. Despite the remarkable house pride and unity and ferocity contained within the Tigers, we’re always sure to respect the other houses. The Lions, Jaguars and Panthers are all hugely talented houses, and are made up of our classmates, at the end of the day, though we may see them as competitors during an event. During a race, one could see the Tigers cheering on their house mates, and every single other runner, be it a Lion, Panther or Jaguar.

The enthusiasm and love exists from the cubs till the senior school. The other day, walking through the hallway, a cub came up to us and proudly announced that she had won first place in Long Jump. We congratulated her, but midway, she stopped us, and announced that her best friend, a Panther, had placed as well, and she was excited, because she wanted the Tigers to do well, but she also wanted her friend to succeed and win. The houses cultivate a healthy sense of competition between the students, and what a competition it is! The events so far have showcased marvellous talent and hard work, and the level of proficiency of each and every student is truly awe-inspiring.

We won the House Cup last year, and the day it was announced, one of the captains gave a speech which, in our opinion, managed to embody the true essence of the house. He said that, upon asking a child whether they were scared or nervous about winning the house cup, he got a response that blew him away with its honesty. The child replied, saying that it didn’t matter. We had tried our best. We’d already won, as far as the house was concerned. We had spirit. We had unity. We are Tigers.

Tiger House is undoubtedly one of the most enthusiastic, charged up body of students that we have ever encountered, as the indomitable spirit within each of us, the overwhelming number of participants and supporters for each event and the sense of oneness that only comes with being part of a family, is simply astounding. And though we may have our losses, though we may not win all the gold medals, it is the immense capability to learn from our mistakes, pick ourselves up and carry on with the same fiery, indomitable spirit,that defines us.

There is a reason the world says Go Green.

In Victory We Believe.