We left on Wednesday for Jamnagar. We travelled by train. 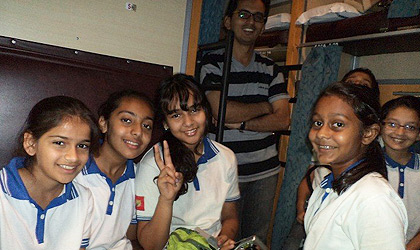 This was my first train journey and I was really excited. We had learnt a lot about them from our English teacher, Ms. Nath, who made the topic very interesting, we were all set for the journey.  All my friends were with me throughout the trip and it was a lot of fun. I was on cloud nine.

Once we were off the train, we took our bags and went out to get some fresh air. The weather was cool and the air was fresh.  It was a glorious day and the sun shone brightly.  We reached ‘Green Retreat’ where we were all put up. The first place we visited was the oil refinery, which is the biggest refinery in the world.

We were first given an orientation on it, and then taken on a trip to the refinery. Our guide’s name was Svaym Prakash.  He told us where each part of the refinery was located. 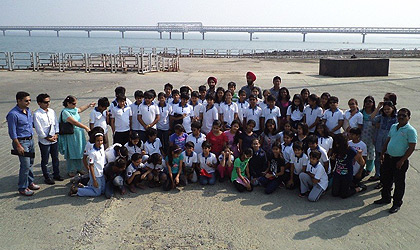 Next day, we woke up early to visit the Narara Bed. It is the 2nd largest marine park in the world. We were divided into groups and the guide showed us the different marine creatures. We saw some crabs, a sea anemone, an octopus and some puffer fish. At one point of time there was a puffer fish on my foot!

We dried up and were taken to the Reliance orchard.  There are up to 1, 38,000 mango trees.  They also had teakwood trees and fruit trees. We had a tree plantation drive where many of us planted saplings.

We met Gauri, the elephant there. She sneezed on our teacher We were given the opportunity to plant trees too. It was a lot of fun. 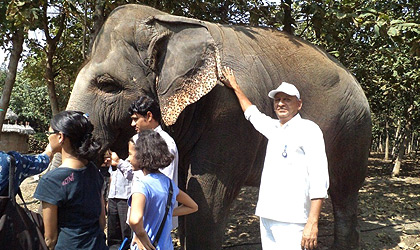 Then we saw the boys cricket match, but sadly they lost. A campfire was blazing and ready for us when we returned. 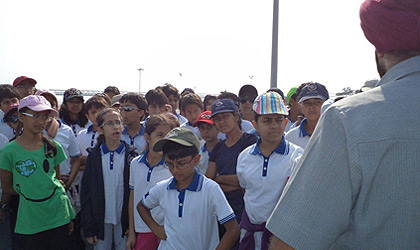 The last day we went to the Loo Jetty where the crude oil is imported from. I guess we were lucky to see the ship leaving. We headed for the station and left for home. It was a lot of fun.