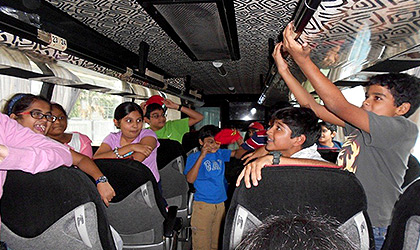 My Pune trip was fabulous! I felt like it one of the best class trips I have ever had. Sometimes I felt happy, sometimes sad or sometime even angry. There were five teachers who came with us. They took so much care of us that I thought I was at home. We travelled in big, clean and air conditioned buses.

When we were on the way to the hotel we stopped at a wax museum where we saw the statues of Mahatma Gandhi, Adolf Hitler, Michael Jackson. 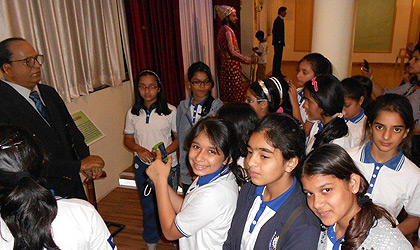 Later we reached our hotel which was The Orchid Hotel. The hotel was mind blowing! When I entered my room I was speechless. It was so good. 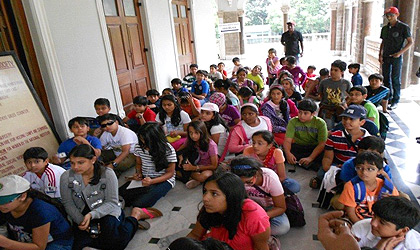 After we freshened up we went for some sight-seeing. We saw the Aga Khan Palace where we saw the memorials of Mohan Bhai Desai (Gandhiji's secretary), Kasturba Bai (Gandhiji's wife) and Gandhiji.

Later after that we went to the Snow World.

The world was freezing; we had to wear jackets and gloves to enter the snow world. Later, after we returned to the hotel, we got some resting time.

After that we had a disco night! Everyone was dancing and singing. At first I was feeling very shy to dance but then my friends forced me to. Everyone had a whale of a time dancing. 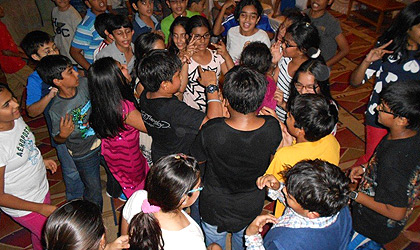 Next we were told to go to bed as the next day was going to be tiring. In the morning we went to an adventure park where we did rifle shooting, archery, cycling and rope activities. That was very tiring but a lot of fun. It was already evening when we returned from the park. Then we were told to prepare a skit or a dance and perform in front of everyone else.

All my class mates went to my friend Arnav's room to celebrate his birthday. All of us sang and cheered for him. It was then late night and everyone went to bed. The next day was the day we had to leave. But before we left we had a treasure hunt. All the teams tried but only one group could find the treasure. This was my best class trip ever!