"Road safety is a must,
In this slogan you should trust"

'The Road Safety awareness campaign was an innovative way for us to help our country by doing simple things to create a large awareness’, said Rohan Cowasji pleasantly surprised with the outcome of this small campaign. 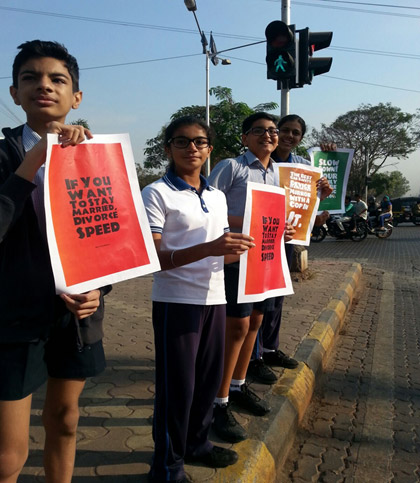 On the 15th of January, 2016 the students of Class 7 enthusiastically participated in the 'BROADEN SAFETY' initiative. The 'Make A Difference' team consisting of students from DAIS distributed vibrant posters with catchy slogans after which they explained to the students what they had to do. Shortly afterwards the students reached the intersection where they began their campaign. The intersection was busy with cars, buses, rickshaws and numerous other vehicles with peoples from all walks of life.

The office rush did not distract the students as they held up their posters and shouted slogans, while standing on pavements or islands. "Seatbelt pehno, Jaan bachao", "A text or a call can wreck it all", and "Drive slowly, your family's waiting for you" were just a few of the many slogans. Numerous students communicated with rickshaw drivers speaking in their native languages, including Marathi and made them wear their seatbelts or helmets. 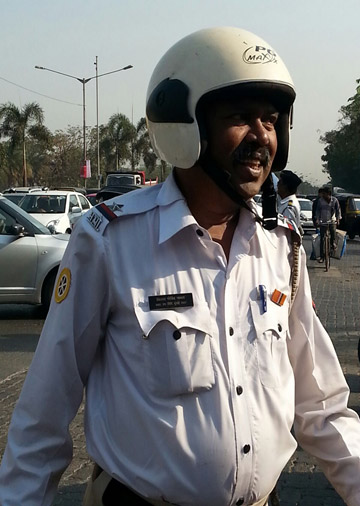 Mr. Vishwas Govind Bhabal a traffic inspector promptly arrived from the nearby police chowki and assisted our enthusiastic students. He was impressed to see young children educating the people and immediately stopped the motorists to hear the children out. He held up traffic as the students raised awareness about road safety.

Students clapped for people who wore their seat belts or helmets earning wide smiles. At the end of the campaign 29 people had worn helmets and 32 had worn seatbelts, with numerous others promising to drive slowly and safely. 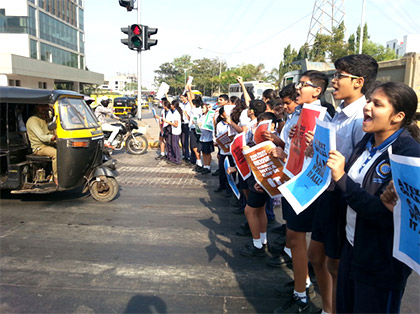 "The campaign was an eye-opener, to see that we children could make a difference. It taught us that even the slightest effort has a great impact," said Shubhika Munot. Rishi Kothari exclaimed "I would love to participate in more similar campaigns in the future. Through this activity we enlightened numerous minds using our road safety signs and posters. The results were absolutely marvelous." The event proved to be enriching for students and the people of Mumbai alike. All in all, the campaign was a huge success.