Class 4A and 4B Visit to Bombay Natural History Society (BNHS)

The students of Std IV A and IV B visited the Bombay Natural History Society, Mumbai, on 10th March, 2016. The staff was very friendly and they showed us video clippings of the organization and briefed us about its long history since 1883. 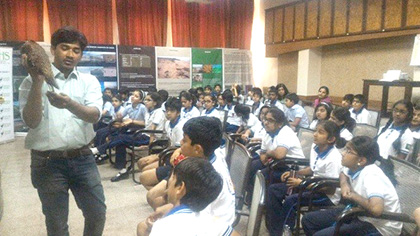 They then showed us videos of exotic birds- there are about 1300 varieties of birds in our country. The highlight was when we were shown specimens of stuffed birds stuffed that looked so real because of their feathers. Dr. Salim Ali, one of the founders of BNHS, often referred to as the "Birdman of India" was also spoken about. The smallest bird in India is the fire-breasted flowerpecker, found in the north of India. Ms. Neha one of the staff members spoke about insects, butterflies and showed us videos. The Blue Mormon had been declared as the state butterfly in Maharashtra. These butterflies are mainly found in north-east India. The biggest butterfly in the country is the Southern bird wing. Their wings are 12 inches long. The State animal of Maharashtra is the Giant Squirrel. 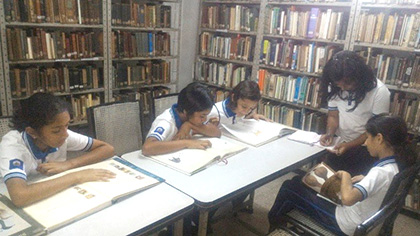 At the end of the briefing, we were divided into groups of 20 and each group was guided to the library, where we had a look at their preserved books and periodicals on butterflies, insects and animals.

As a take-home token we were given a magazine and chocolate by the organization. This was a memorable trip as it was our last trip in the Primary.