Siddhanth Lohia won a Silver medal at the ISSO National Under-17 Chess tournament held in Jaipur. Siddhanth was tied first place at the end of the tournament, and was tied even after the tiebreaks. However, in the third tiebreak Siddhanth finished in Second place. He was also the youngest player participating in this age category. 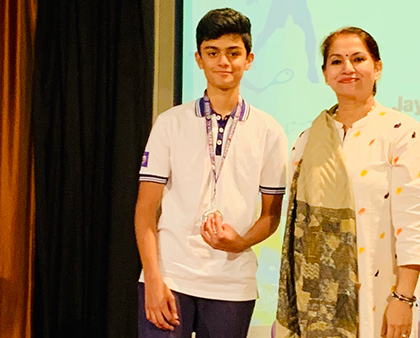 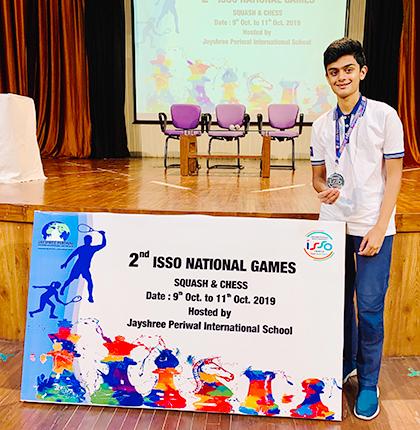 
Siddhanth Lohia of Class 8C scored a double title win, winning the First place in the U-2000 rating category, as well as in the U-16 age category at the 2nd Zurich Easter Open Chess tournament 2019. He won a total prize money of CHF 350.

The tournament was a very strong European tournament that fielded 56 players of all ages, from 12 countries. Of the 18 titled players, 9 players were Grand Masters.

This was also the first time that Siddhanth drew against an International Master (IM). With this performance, Siddhanth has increased his FIDE rating by 98 points. 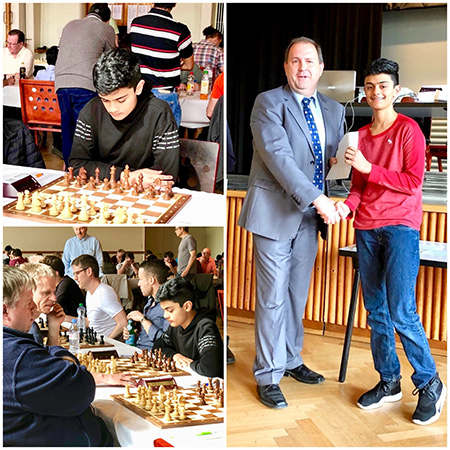 Please find attached pictures and the link to the results below : 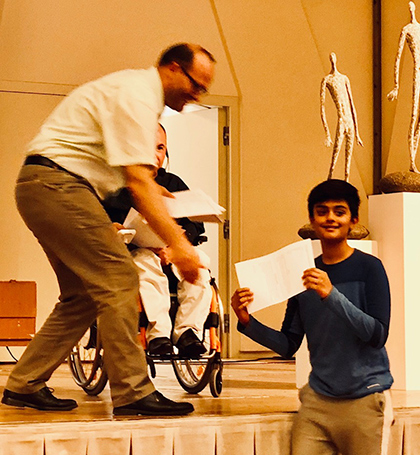 At the 11th Asian Schools Chess Championship held in Singapore, Siddhanth Lohia of Std 4 A, was the best performer amongst boys from India in the Standard format across all age groups 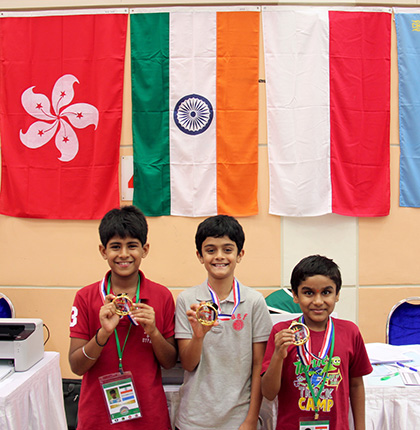 A synopsis of his achievements: 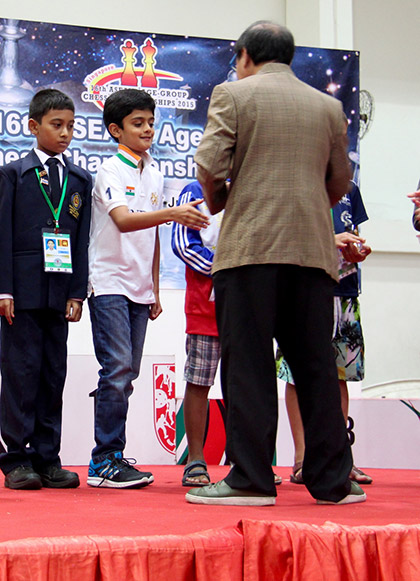 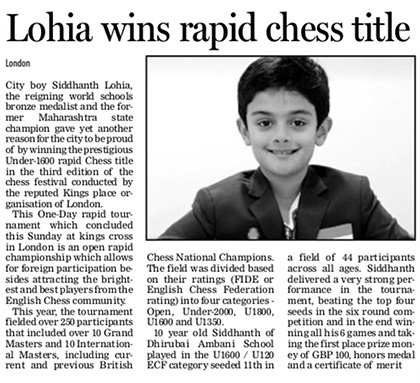 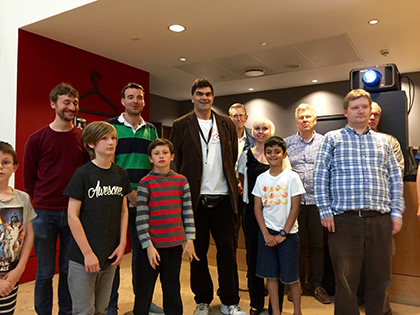 Siddhanth Lohia (Class 3A) has done DAIS and India proud by winning his first medal in Chess at the World Level during his summer holidays. Siddhanth won the Bronze Medal at the World School Rapids Chess Championship 2014 held in Kavala, Greece from 14-17 June 2014 in the Under-9 Open category. 28 countries participated in the event that straddled all age categories from Under-7 right up till Under-17. In the Under-9 age category, Siddhanth was seeded 12th at the start of the tournament.

Siddhanth delivered a very strong performance over the 9 rounds against players from Azerbaijan, Italy, Greece, Moldova, Russia and Uzebekistan. On Day 2 when the crucial final five rounds were played, Siddhanth upped the ante and delivered an unbeaten performance scoring 4.5 out of a possible 5 points and thereby delivered the best performance amongst all participants on Day 2.

In the final round, Round 9, Siddhanth was playing on the top table for the title against Sindarov Javokhir from Uzbekistan who is also the reigning Asian champion. With Siddhanth successfully holding Sindarov to a draw, Siddhanth scored 7 points out of 9 and was able to win Bronze for India. Siddhanth was tied at 7 points with the silver medalist and was separated only by Tie-Breaks. 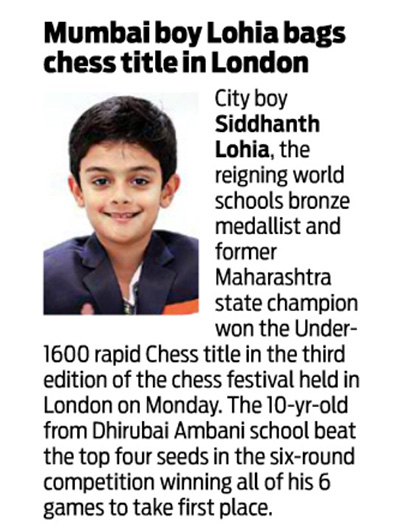 Siddhanth and his family thank the school and all the DAIS teachers for their continuous support to Siddhanth which has allowed him to achieve this excellent feat on the World stage! 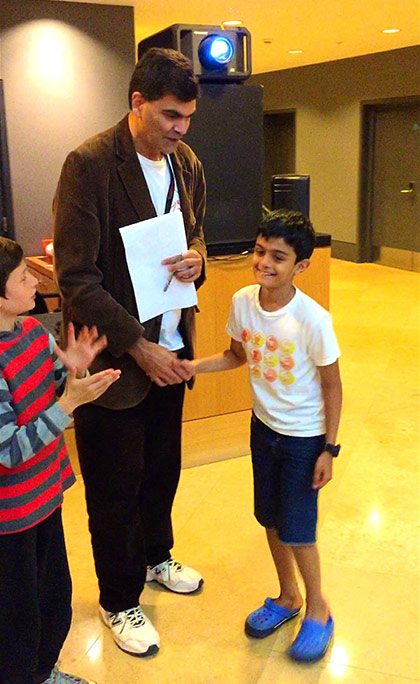 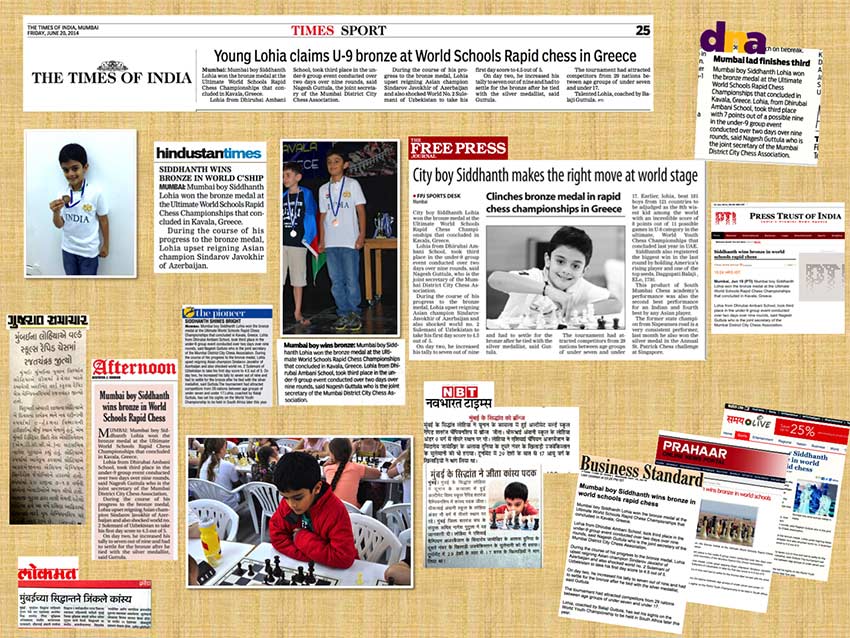