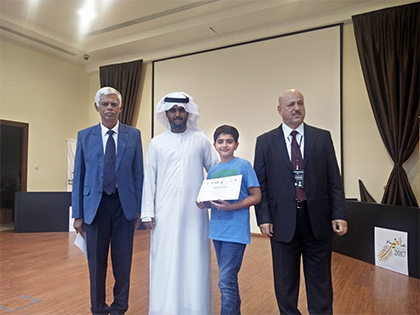 Ten year old, Candidate Master Raahil Mullick, of Dhirubhai Ambani International School, surprised many of his senior opponents with his excellent display of fighting chess at the Sharjah and Dubai International GM Open Chess Tournaments. Raahil won the 2nd prize for the Under-10 age group in the Sharjah Open and ranked 3rd in the Under 2000 category as per rating performance at the Dubai Open. 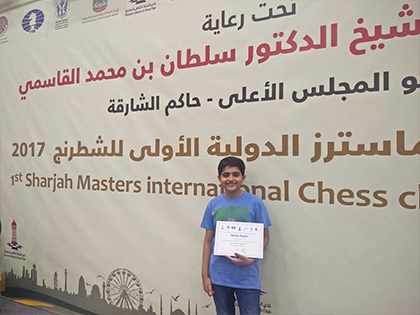 The Sharjah Open and Dubai Open are known to be amongst the strongest open tournaments in the world. With a starting FIDE ELO rating of 1710, Raahil was amongst the youngest and lowest rated participants in both the events. Even so, Raahil fought hard against all his higher rated opponents and increased to a total of 220 ELO rating points, making him the 2nd highest rated player in India in the U-10 Age Category. 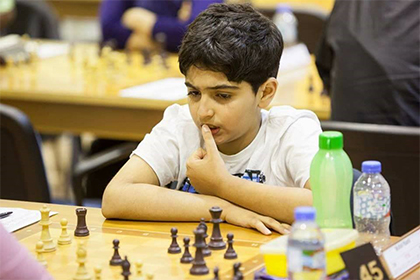 Raahil Mullick of Class 4 B, surprised all his seniors (by age and by chess experience) by securing the 5th place in the OPEN category (main prize list) and 2nd place in the under 2000 category, at the 5th National Amateur Chess Championship 2016, held in Mumbai. In a scintillating display of attacking moves, Raahil also won the award for the ‘Best Game of the Day’, for his 2nd round-crushing victory over 2nd seeded Raahul V S of Tamil Nadu.

Raahil entered the competition as the 67th seed and bagged the 5th prize in the Open category after scoring 8 points out of 11 games. With a FIDE ELO rating of 1568, Raahil increased 213 ELO rating points – the highest rating increase by any player in the tournament.

The tournament attracted a total of 246 players of all ages, from 23 states of India. Raahil at nine years, was also the youngest player amongst the top 10 prize winners. He has been selected to represent India in the under 2000 category at the upcoming World Amateur Chess championship to be held in April 2017, in Italy. 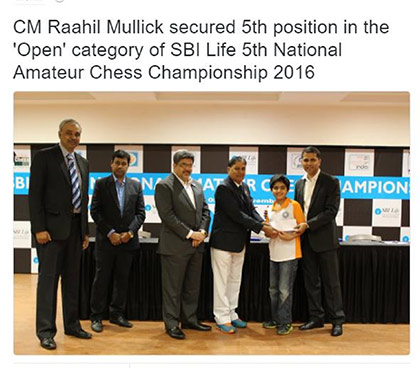 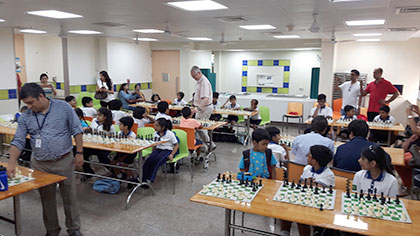 On the 7th and final day, the Grandmasters played simultaneous chess with all our students. They educated and motivated both the students and parents, with inspiring stories.

On May 5, both Grandmasters played simultaneous matches against our RIL chess enthusiasts at RCP and spoke to them about their exciting times in the world of chess. 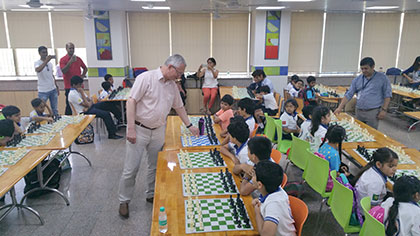 Results as a player: 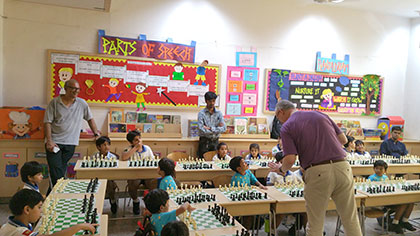 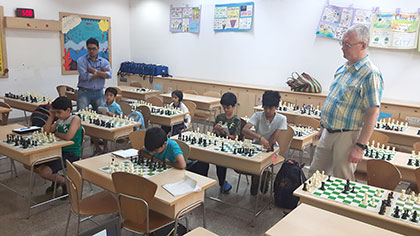 3rd May:
Amazing problems and studies 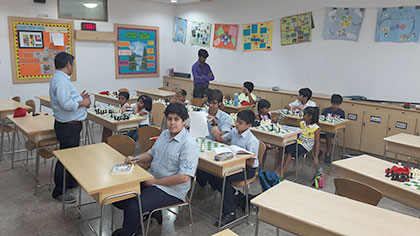 2nd May:
Endgame: rook vs pawn

4th May:
Capablanca's plan with knight on f5 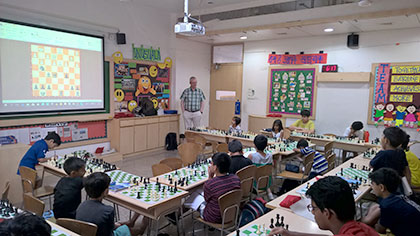