Our trip to Morocco was for 14 days where we were joined by 60 other students from 18 other countries. For the majority of the trip, we lived in a small village in the Atlas mountains called Tachadirt. All 60 of us were divided into three teams with whom we did all our activities, like building the classroom, the pathway and attending the cultural days. 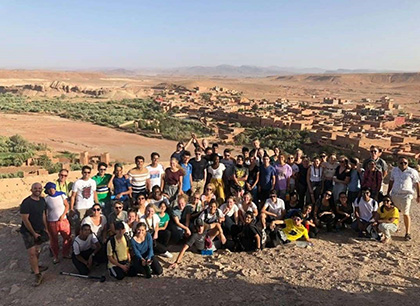 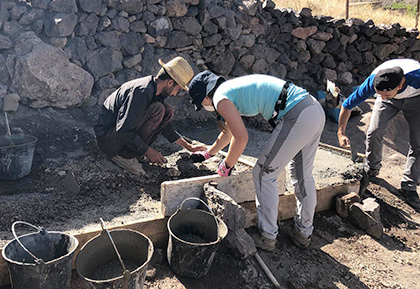 Classroom: During the course of the project, each group spent 3 days working on building a classroom for girls in the village of Ait Souka 40 minutes away from the village we were staying at. The main tasks involved in constructing the school included transporting bricks and sand, mixing cement and plastering. We were fortunate enough to be surrounded by a team of inspiring local workers who motivated us and guided us with the tasks we needed to finish for the day. Some of our highlights from our time at the classroom construction site include the yummy snacks and tea brought to us by the local villagers. We were and still are in awe of their incredible hospitality and warmth- which made Ait Souka feel like a home away from home. At the site we also had the opportunity to interact with some of the local children like Malak, Hussain and Zachery whose compassion and kindness we will never forget. At the end of the project when we saw our completed school we all felt an incredible sense of satisfaction and accomplishment knowing that all of our efforts paid off! 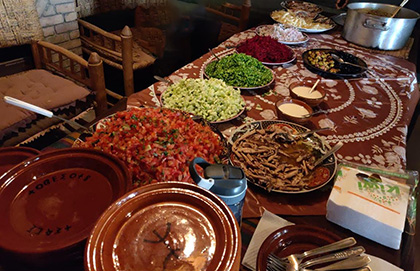 Pathway:
Along with the classroom, we spent 3 days working on a work-site 5 minutes away from where we stayed. Out here, we would help the locals build a pathway from the local village to the main road on top of the hill. We mainly spent our time breaking big rocks, collecting smaller rocks, carrying sandbags, preparing and making cement, and finally making the steps. We made chains to transport sandbags and rocks to where they were needed, which made our job significantly easier and faster. The locals who worked here everyday acted as mentors and guided us every day, ensuring we would be able to carry out the tasks efficiently without getting injured. By the end of the project, we managed to connect the pathway from the bottom to the top of the hill which made it much easier for locals to go to the road on the top of the hill. After climbing the 300 steps which we made throughout this time, it is safe to say we were all proud of what we managed to accomplish. We knew that this would help all of the locals in the village a lot which made us extremely satisfied. 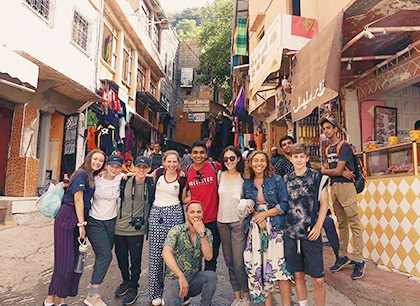 Cultural days:
The cultural days acted as a rest day from the hard work we did on the pathway and classroom. Our first cultural day was the Sidi Carambouch hike, which was difficult but acted like the perfect opportunity to bond with our group mates and speak to one another. On our second cultural day we learnt how to cook a Tagin, a traditional Moroccan dish with meat, carrots, potatoes and spices. We also visited the home of a villager who gave us insight into Moroccan culture and their daily lives. The most incredible thing we were able to witness was how the villagers having so little were still so content and happy with what they had. We also found many similarities between Moroccan and Indian culture, like long weddings to the treatment of guests. On our third cultural day, we went to the markets in Imil and a neighbouring village. The markets were vibrant and filled with colourful scarves pottery. On the same day, we also visited an Argan oil factory where we learnt how Argan oil is manufactured. At the end of the trip, we had two more cultural days to end the entire experience. On the first, we went to the UNESCO world heritage site, Ait Benhaddou which is an ancient city built by the Berber people. We took many photos and learnt a whole lot about Moroccan history. On the second, we visited a film studio where movies such as The Mummy and The Gladiator have been shot. On our last evening in Morocco, we went to the Medinah or the main square in Marrakech. The Medinah was bustling with thousands of people and unfortunately filled with animals being forced to dance for tourists. The Medinah just like the markets in the villages was colourful but was much larger. The cultural days were a great way to socialise with our friends while learning about Morocco and its unique culture. 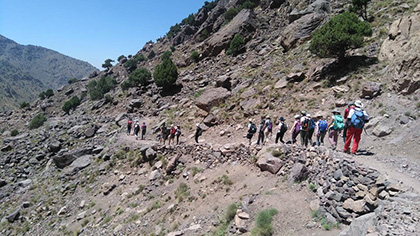