On the 7th of September, 2019, ten students from Class 9 embarked on their journey to attend the conference at The Sanskaar Valley school of Bhopal in Madhya Pradesh, marking the beginning of what would be a life-changing and unforgettable experience.

Who would have guessed that so much could happen in a mere four days? From in-depth discussions about change makers to running through the rain under a shared umbrella, from planting seed bombs to bhangra dancing under fairy lights, the stay in The Sanskaar Valley School campus was a really memorable and special experience. They were escorted by student volunteers who ensured that they settled in their dorms comfortably before taking them for a tour around the campus. The delegates learnt about the students’ lives in the boarding school and how their school upheld its core principle of value based learning environment. The different buildings spread over a verdant and picturesque campus of around 40 acres were named after specific values - for example, the study building was called ‘Anant’ indicating Knowledge is endless. 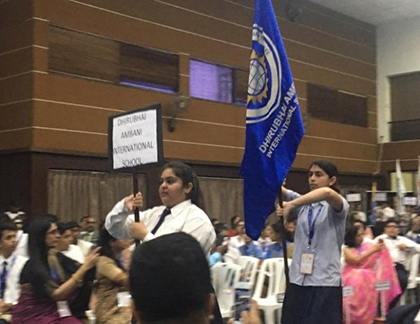 Next was the Opening Ceremony along with Flag bearing march. The cultural performance put up by the talented students of The Sanskaar Valley school, welcoming all the delegates to their beautiful ‘city of lakes’ was mesmerizing. After this, the students played several innovative ice-breaking games to help learn about the other delegates and hopefully make lifelong friendships. It was amazing to meet and interact with diverse people from all over India! Since everyone was exhausted after a long day of travel and activities, there was a ‘Magic of Sound’ activity with singing bowls and gongs that helped everyone relax with the soothing music. Finally, the delegates headed to their dorms and prepared themselves for the flurry of activities that awaited them the next day! 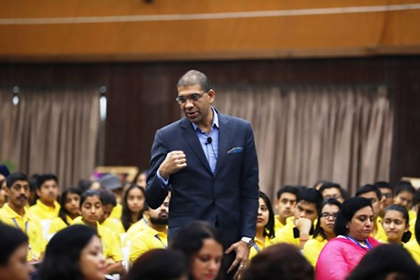 The second day began early the next morning, launching straight into a variety of sporting activities, such as yoga, football and basketball. After a delicious breakfast at Anand - the school’s huge open-air cafeteria they moved to Umang - The Auditorium. Their first keynote speaker, Jeroninio Almeida, introduced the concept of change around the world as well as with respect to Indian culture and society.

Fondly called the “moJOsh inspirator”, Jeroninio Almeida, the first keynote speaker, enthusiastically spoke on the topic of change. He taught the delegates to focus on character not competence, on respect, and encouraged them to take initiatives in the role of young leaders. He also introduced them to several great change makers in the world who had accomplished their tasks by having the correct motivation and determination. He highlighted the fact that in order to make a change others should not be allowed to limit ideas and growth. 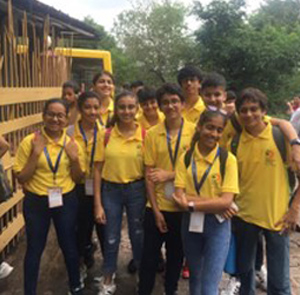 Next, was the first Baraza session, where they met their respective Baraza groups and had a few icebreaker activities to get to know each other better. The Baraza sessions were thought provoking with intense discussions, heated arguments and deliberations on the theme and questions given by the moderators. At the end, each group wrote a unique slogan for their Baraza group. They discussed the service project ideas for the natak - the next day. It was an interesting experience with eye opening points and wide range of perspectives. 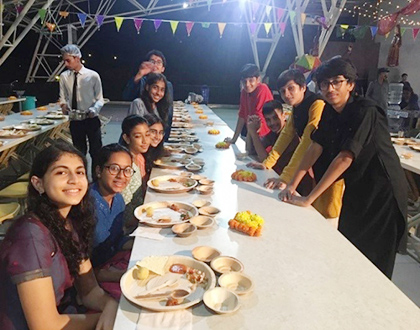 The delegates got the opportunity to visit and explore the Madhya Pradesh Tribal Museum, where they saw hundreds of exhibits that depicted the various aspects of the tribal culture in Bhopal, which were intricately carved in rock and wood and painted to the utmost perfection, along with typical household items, utensils and artefacts. After a tea break, followed by a leadership programme to get everybody energised; they were ready for Jashn – e -Bharat – a celebration of the fusion of all the diverse cultures from the different schools in India. The delegates were all dressed in their cultural best, and danced as a group to Bhangra and relished a traditional Rajasthani thaali. While the second day was a long and tiring one, it was filled with new learnings and experiences and ended with a blast of festivity and friendships that would last forever. 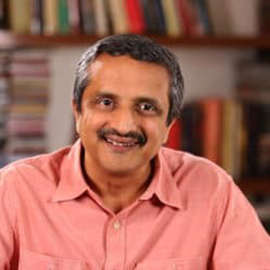 On the third day of their conference, the delegates had an interactive session with the second keynote speaker - Mr. Satyajit Bhatkal, the director of the eye-opening Television show ‘Satyamev Jayate’ and the CEO of the Paani Foundation. He explained that Change comes from within and that people are more prone to making smaller, personal changes rather than large-scale changes, since making a big impact requires a lot of time and effort. His speech inspired the young participants to have a broader mindset to try things outside their comfort zone. Mr. Bhatkal also shared the mission of his organisation - the Paani Foundation, which urges under-resourced villages in Maharashtra to find environmentally friendly ways to save, store and sustain water during the monsoon, to suffice them through the year. They watched clippings from the Satyamev Jayate Water Cup competition where multiple villages contested to make their village drought free zones. This inspiring session wrapped up with a few insightful questions.

In the Baraza sessions that followed, the delegates discussed the inspiring thoughts shared by Mr. Bhatkal. Every delegate shared their learning with respect to the entire experience of the Round Square Conference so far, and what change meant to them. They not only got to share their ideas and thoughts but also learned to acknowledge, respect and accept the varying perspectives of others, as often not everyone was in agreement over the same idea and several delegates expressed contradicting opinions. Nevertheless, the session helped sum up the key ideas shared by both the keynote speakers and broaden everyone’s points of view on the subject of change.

They had a unique and an incredible experience with the ‘Service’ aspect of the Round Square IDEALS by making seed bombs - different types of seeds rolled into mud to be planted. The students not only had fun planting trees and making seed bombs with students of other schools, but were also able to give back to the environment and make a change for the better. They worked as a team to Serve the staff at the Sanskaar valley – from the housekeeping to the security – by serving everyone lunch on that day.

As a School delegation, the students from DAIS designed a creative poster on the Conference Theme - Change, rephrasing the school’s motto- ‘Dare to Change, Learn to Excel’!

They hurried back to the dorm rooms, eager to get ready for the Open Mic Performances and socials later in the evening. Dressed in formal attire, the DAIS students performed a short skit for the Open Mic to depict the prevalence of bullying, especially in schools, by conveying why it is wrong and how it can be ended by imbibing empathy. They enjoyed other impactful performances, energetic dances, duet songs, inspiring stories to passionate speeches and tunes played on a variety of musical instruments – guitars, a violin and even a saxophone! After Open Mic they moved to Anand for Socials, where they danced the night away to everyone’s favourite songs, mingling with their new found friends. 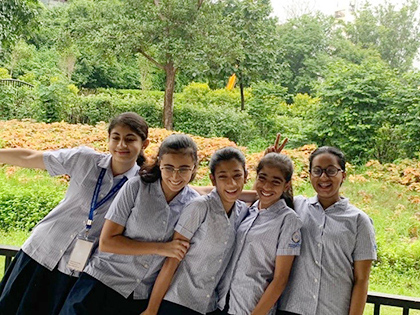 On the fourth and final day of their stay, the delegates woke up with heaviness in their hearts – knowing that this was their last day in Bhopal, and that they would soon be heading back home. They made the most of the day, however – enjoying every moment of it, from the hearty breakfast to the closing ceremony performance to the final Conference Photo shoot, that marked the end of those wonderful four days – until it was time to say their goodbyes to their new friends, the beautiful campus of Sanskaar Valley, and to the gorgeous City of Lakes, Bhopal itself, because it was finally time to leave.

In short, the trip to Bhopal from the 7th to 10th of September was an experience filled with so many values and new learning’s that it will stay in their hearts forever. The delegates will surely miss everything that Sanskaar Valley had to offer, and were grateful to both the schools for providing them with this enriching opportunity.