On 6th April, on arrival to the host school the delegates mingled with their Barraza groups and participated in Ice breaking sessions. The next day, delegates from different schools assembled in the auditorium and were warmly greeted by the Principle of Regent’s School and their honorable founder. The opening ceremony had the flag bearers of all school marching smartly with their school flags. This was followed by beautiful cultural display by the host school students. 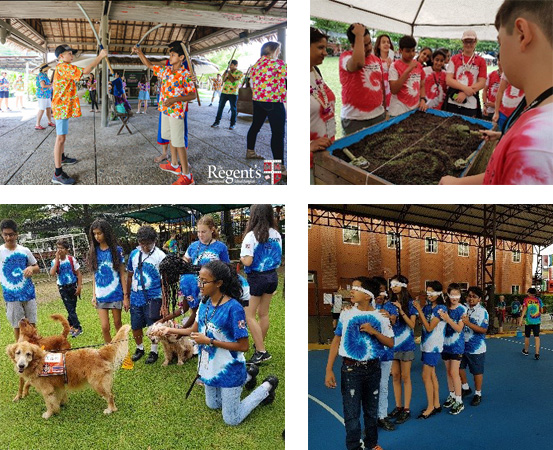 The Discovery Dash day has a 12 activities planned to get delegates to experience the twelve attributes of the discover framework -Inquisitiveness, Tenacity, Courage, Communication, Compassion, Inventiveness, Ability to solve problems, Self-awareness, Sense of responsibility, Appreciation for diversity, Commitment to sustainability, Teamwork skills and Inventiveness. The most popular activity was the one based on ‘sense of responsibility’. It highlighted the responsibility one undertakes when adopting a dog, and how it is about more than how cute they are. The delegates did various tasks with the dogs such as fetch and rescue and other simple commands. 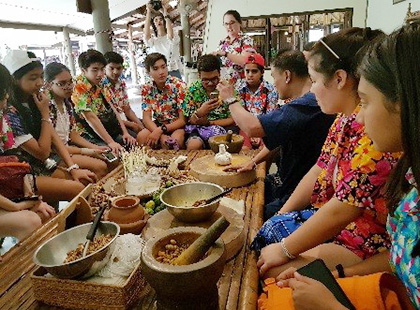 Once back at the school campus delegates put up a great performances, showcasing their own cultures through dances, songs and skits. Service day had the delegates participating in various social service activities with their Barraza groups. The experiences were unique and personal. The following are the delegates’ thoughts on the services they did. House of Blessing –a home for children whose lives had been affected by jail - either their parents were in jail, or they had been born there, or had been arrested as minors and only just been released. Delegates interacted with the children of the home and entertaining them, playing with them, teaching conversational English to the teenagers who had been arrested as minors and for a variety of reasons missed out on their education. Delegates also helped in painting the building and repairing parts of it. 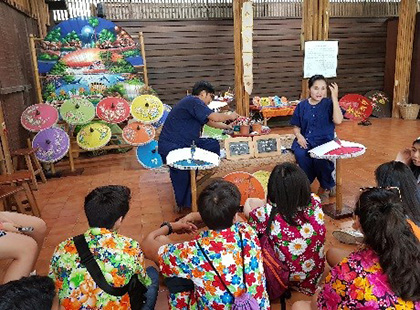 Scholars of Sustenance farms -here the delegates built compost heaps that are later used as fertilizers to help nourish the soil. The delegates were briefed about the process and given all the materials for the process. The delegates worked on the farms: putting hay over the soil, adding the manure and then the food peels the cycle repeated itself till the compost pile was big enough. This experience was different for the delegates as they always heard about recycling and sustainability and ways to incorporate it in our lives but over there the students learnt and practiced the methods. 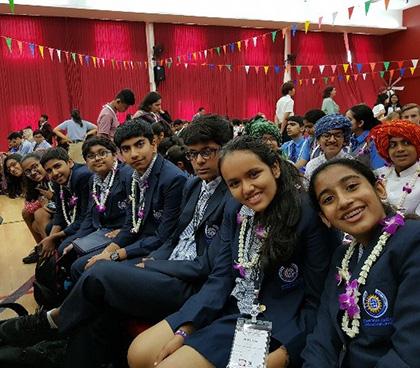 Mercy Centre – a village in Krung Themp where the groups did activities such as river cleaning, rice farming and vegetable farming and removed weeds and planted the new ones.

Amnesty Centre - a refugee camp. The delegates interacted with the refugees and learnt about their families, which gave an insight about their lives, their perils in life and how they got to Thailand from their native land. 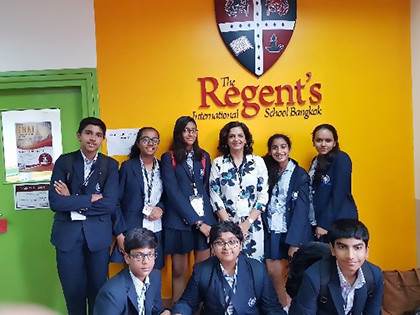 Love Wildlife – a center to rehabilitate exotic animals confiscated as they were being smuggled around or are illegal pets. Since the laws don’t allow for animals to be taken out of the country, these confiscated animals are kept in enclosures (replicating their natural habitat). The delegates realized the distressed felt by animals displaced from their natural habitat. They were urged to use the power of social media and encourage tourists to engage in animal rides, shows, zoos, circuses etc as these demands lead to animal smuggling. The last day had Khun Lek as the key note speaker, she has spent more than twenty years saving and rehabilitating the majestic elephants of Asia. A short video displaying Lek’s efforts moved everyone sitting in the room and moved everyone around. She urged the delegates to use their persuasion power and use social media to promote the message that wild animals need to be kept safe in the wild and we humans cannot destroy their habitat and leave them homeless. The closing ceremony had everyone celebrating the Songkran festival. All the teachers and adults in the room were offered water in their palms as a symbol of respect, in turn the adults blessed them by sprinkling water on their heads. The conference activities had now come to an end. All delegates wished for a few more days with their new friends who they had created such a special bond with. This was it the end of the ‘Discover More’ Round Square conference. In the few hours till their flight the delegates explored Bangkok and the local stores. The trip has encouraged the delegates to take a closer look at the 12 ideals of the conference and use what they have learnt through the conference activities to shape a stronger and safer future.