Round Square International Conference
South Africa Overview
The October Conference in South Africa was another amazing celebration for Round Square. It was an occasion that delegates will find remarkable and continues to underscore the huge impact the organization has on young men and women. The keynote speakers were well chosen and all added insight into the theme of “no existence without coexistence” The conference introduced delegates to the rich and colourful mosaic of South African culture, wildlife and community. And as is always the case student participation was exceptional. 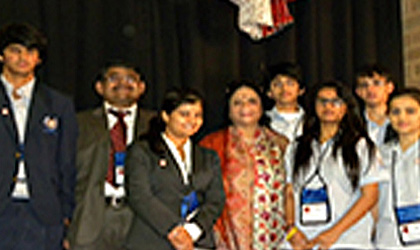 Besides the inspiring program and the opportunity to participate in South African culture, a significant amount of Round Square Business was attended to. During this time, the Round Square Board was able to meet and deliberate on a number of issues that are relevant to the organization. These meetings were fruitful and productive. Governance matters were addressed and ongoing strategies formulated, the membership category of Young Round Square was clarifies as all activities for the age group 14 and under and progress on the preparations for the 2013 conference at Saint Andrews was reviewed and endorsed. Other opportunities for interaction between the Heads, Governors and Reps with members of the secretariat proved to be very successful.

The summary of the business part of the conference is as follows:

An update on the progress of the Governance Review. The Articles of Association have been accepted by the UK Charity Commission and have now been adopted by the Round Square Membership at the Annual General Meeting held at the Penryn College Conference. Members were able to vote on the adoption resolution through their attendance at the AGM and the motion was supported unanimously.

The Board has been able to consider a draft form of the Rules of Governance which will be made available to Members for consideration at their Regional Meetings to be held in January/February 2013. Members will be invited to provide feedback and input, through Regional Directors, to the March Board Meeting. The finalisation of the Rules of Governance will enable the Governance Review to be completed and implemented in 2013.

Following the International Conference at Brookhouse School, Kenya, the Board has established a task force, to be convened by the Business Manager, Jane Howison, to establish ‘best practice’ for Conferences, given their importance and in the context of the growing organisation, the probability of moving to multiple Conferences each year in the near future.

The Board received an update on the progress of the work this task force, which comprises experienced personnel from around the world to support this important initiative.

It is anticipated that the work of the task force will be completed by the Saint Andrew’s Conference next year. High on the Board’s Agenda for future Meetings, and arising from discussions at its most recent Meeting, will be considering the implications and consequence of growth – especially as it relates to the role of Regions and Regional Directors, the place of Conferences and models for the future and the best way to do the ‘business’ of Round Square in a multiple Conference environment including ensuring that Round Square representatives are able to meet, understanding what Heads of School want from their Conference experience and the requirements of holding an Annual General Meeting. 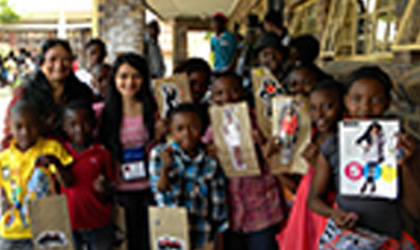 An update was received on the work of the Young Alumni Co-ordinators that have been appointed in each Region to identify and engender support from amongst young people who have left School but are still wishing to be engaged with Round Square, given their experience from attending a Conference, a project or going on exchange. This ongoing initiative, whilst in its formative stage, is starting to gather momentum and will, provide important support for Round Square in the future.

The Board resolved to take an important step of appointing a part-time Major Gifts Manager in order to increase the philanthropic efforts in support of Round Square so as to enable the Organization to undertake initiatives which it otherwise might not be able to do (eg providing greater bursary support for Students attending projects, introducing appropriate Schools who might not otherwise enjoy the benefits of Membership given their inability to fund the subscription level etc) without substantially raising subscriptions which the Board, understandably, is loath to do.

The Major Gifts Manager will work with the Advancement Committee and report to the Executive Director and will, initially, be based in the UK.