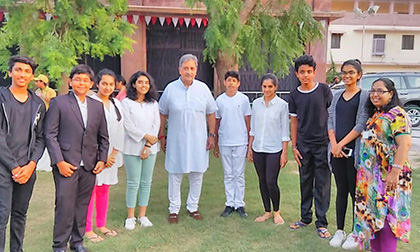 The skills the eight of us have developed, the friends we found, the experiences we had and the memories we made within these four days can barely be summed up. We were welcomed warmly to the school by our escorts on the first day. Little did we know that in time, we'd be leaving these gates as changed people. The conference began with imprinting our palms on the conference wall and admiring the beautiful campus. Finishing our meals, making some friends and getting accustomed to the big dorms were followed by a fun ice-breaking session. We were all made to play team-building activities and interactive exercises to encourage us to move out of our comfort zones and make new friends. 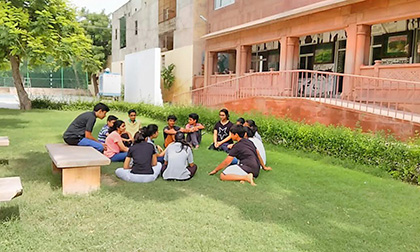 The first day began with a 5:50 AM wakeup call and more than an hour-long of an energetic, outdoor Zumba session. It definitely made sure that we were awake as ever! A hectic shower routine (with over 30 girls sharing 3 bathrooms) introduced us to the excitingly difficult 'boarding school life'. This was followed by the opening ceremony, an inspiring performance by the host school and the conference photo. The cameraman's desperate calls for us to smile won't be forgotten anytime soon. The keynote speaker, Mr. Pradeep Upadhyaya, a motivational speaker, considered to be one of India's leading minds spoke about effective communication, lateral thinking and several other aspects of leadership. Heated Barraza sessions debating on the traits of an accountable leader ended with a relaxing fun game which seemed to be a specialty of their school (Oui-Oui!) We were later divided into different groups and asked to direct a street play, design brochures and draw posters on any pressing topics that affected our country. Strong opinions on topics such as farmer suicide and corruption were expressed. 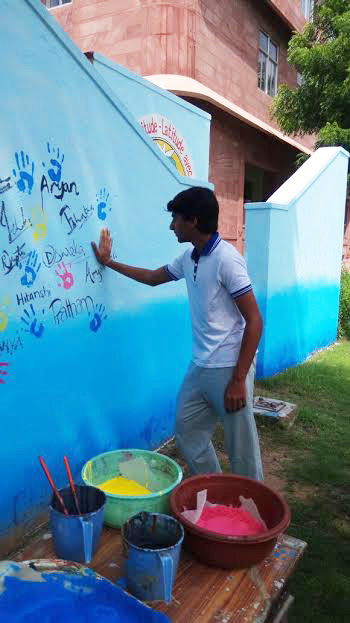 Before we knew it, our second day had already begun. Another Zumba session and chaotic shower routines were followed by yet another key-note speech by Mr. Upadhyay, this time highlighting vulnerability and true strength through contemporary movies and books. Another Barraza session on specific world leaders, their similarities, their differences and eventually our role in the future of leadership was discussed. Half the day seemed to flash past us as we came closer to the heritage walk. We explored Jodhpur's Umaid Bhavan Palace and Mehrangarh Fort only to learn more about the city of Marwar as it was centuries ago. We returned only to find the most fun Jam night planned for us and the most delicious food prepared for after. All of this was enough to let us forget our weariness from the throbbing Jodhpur sun. And so, for the next few hours, we enjoyed a night we wished had never ended. 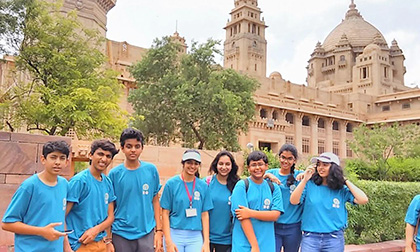 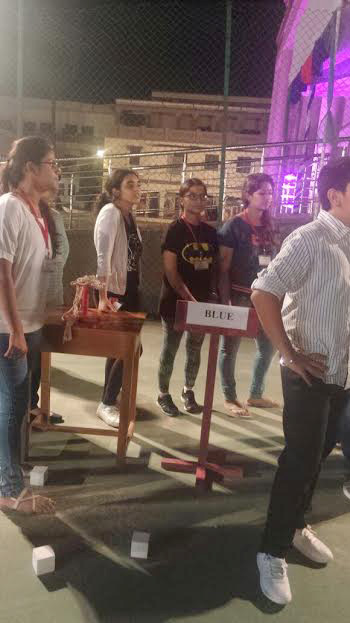 The next day, the 15th of August began with our Independence Day celebrations and the flag hoisting. This was followed by a leadership quiz conducted between delegates from different schools. Some free time, the mesmerizing cultural performances, the closing speech, the closing ceremony, and then came the tears. It finally hit us that this conference had come to an end. Luckily for us, we had another day to spend exploring the city and its markets with the friends we had made from the Vivek High School of Chandigarh. This day and the following night, seemed to never end and yet, ended too fast. And so, the following day, as popularly said in the conference, ‘we did not say goodbye, we bade farewell and we promised to see other again, someday.’ 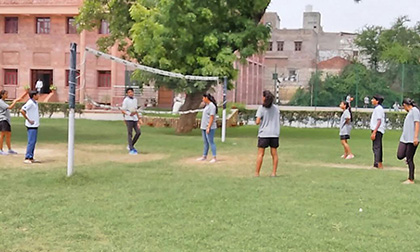