The Spanish exchange was an extremely memorable, unforgettable experience for me. From eating traditional Spanish food to navigating the roads of Madrid while speaking Spanish, I thoroughly enjoyed every aspect of this trip.

On the first day itself we were introduced to typical Spanish churros at the host school, which we savored. Next, after spending some quality time with the family, we set off for some exploration and sightseeing as a group. We explored the Retiro Park, La Puerta de Alcala, La Plaza Mayor, and a bunch of other tourist spots. We also tried out traditional Spanish tortilla de patatas – a thick, sumptuous omelette. In the evening, we walked the Gran Via; the main, massive shopping street of Madrid, admiring the light breeze. The next day, I went with my host family for Lunch where I tried Paella for the first time. It reminded me a lot of biryani, except for the fact that biryani has many more rich spices in it. 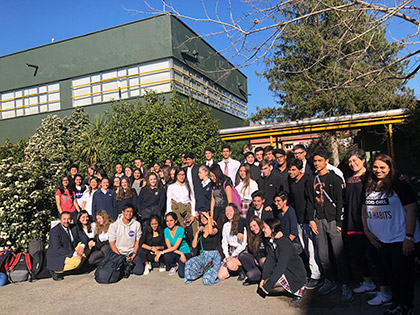 After a weekend well spent, we went on an excursion to the mountains near Madrid called Sierra Norte. Here, we trekked and played several interesting games such as “Amoeba” and Capture the flag. We also explored the small town of Cercedilla and interacted with the locals.

Once we returned, we conducted a presentation about Indian Culture that went really well. Plus, several Spanish students mentioned to us that they thoroughly enjoyed the presentation. That evening, I also visited Museo Del Prado - where I learnt about European art - and Museo Reina Sofia - where I learnt about modern art. We went to Gran Via by taxi for some shopping after that, and I had a long conversation with the taxi driver about our exchange trip and our experiences. We ended the week in a small town near Madrid called Alcala de Henares, where we learnt about Cervantes, a renowned Spanish writer. The next day, we had typical Spanish breakfast like Cola Cao (hot chocolate) and churros. 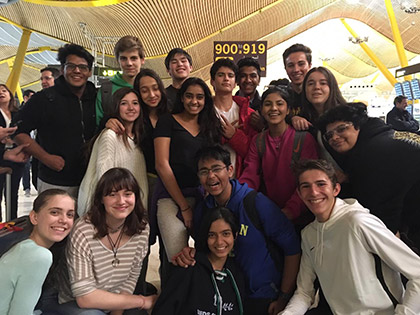 On the last day, we enjoyed a few games of paintball, which were an excellent bonding experience. I also learnt how to make Paella from my host’s grandmother. All in all, I had a blast, and this trip was one of the most enriching experiences of my life. 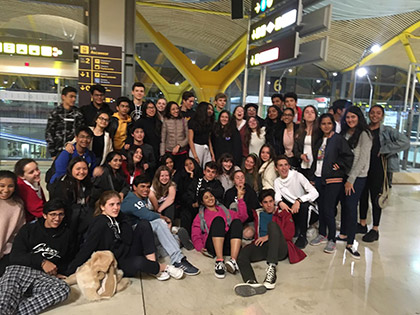 Our student exchange program with SEK Sidelamp is not only a linguistic exchange, but also a cultural one, through which we were able to gain a hands-on understanding of what it’s like to live in a part of the world, which we otherwise may have only been able to see through the lens of a tourist.

I personally feel as though somewhere in between all the sightseeing, school-based activities, siestas (afternoon nap times) and fiestas (parties or get-togethers), we found time to take notice of cultural differences and similarities between our home of 11 days and our homes of 17 years. On landing at Madrid-Banjaras Airport, I was excited to get to know “the real Spain” through living with a “typical Spanish family”. Upon interacting with not one or two but multiple Spanish students and families, however, I was able to discover that the quintessential Spanish family, may not have been as set in stone as I had previously assumed.

Through discussions with our European peers about the history, politics, economics, and social issues of Spain, I was surprised (and excited!) by the variation in culture and mindset that our exchange group represented! In a country known for its love for ham, we met a student with a passion for animal-rights who, in that ‘typical Spanish family’, turned strictly vegetarian.

Eighty years after the end of the Spanish Civil War, the Indian students’ interest in learning about the evolution of the Spanish flag ended up sparking a rather feisty conversation between our hosts about the way in which the war ended and how it is perceived today. Through their each explanation of why and how they feel about certain national issues the way they do, we were able to understand the people of Madrid with real context - something we would’ve found impossible to do had this not been an exchange!

In that sense, I consider this program to have added value and experience to the phrase “international mindedness” and therefore I believe it to have a part in completing our individual IB experiences.