Sumeet Motwani of IBD XI was the member of the second runner up team in the IIT Bombay Bug Bounty Competition during IIT Techfest and won an award of Rs. 40,000 .He was also the youngest winner in the competition’s history. The competition was sponsored by Marsh and McLennan Companies (mmc.com) and he built an automated Vulnerability Scanner for them and presented his findings on their test website. 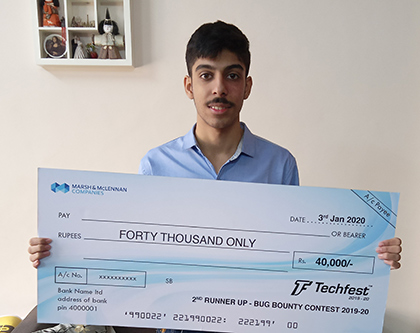