The purpose for going on this camp was for the students to obtain their International Award for Young People (IAYP) Bronze Certification. This required setting off on three separate treks in unfamiliar terrain, where students themselves navigated using landmarks we well as cluesheets. 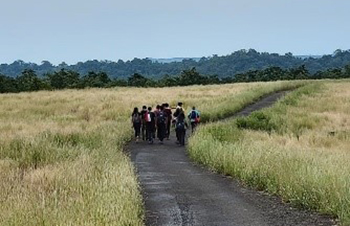 After an exhausting bus ride from school, the students arrived at the Kundalika Resort, weary but excited for the days to come. Despite their prior apprehensions and fears about conditions there, students settled in fairly well, disturbed by the occasional beetle or spider. The students also found out their trekking groups, a mixture of students from the IGCSE and ICSE sections. There were 9 groups with 10-11 students each.

Rising early and having a hearty breakfast, the students eagerly packed and prepared for the treks to follow. They lined up in their groups, were given instructions regarding safety and navigation and were finally guided to the starting point. There were 3 separate trails (3 groups per trail) which the students had to follow. Armed with the list of landmarks, each group navigated towards their checkpoints. After two hours of walking, they set up fires over which they would cook poha. They cut up the vegetables, soaked the poha, and then stirred the mixture together with some spices, feeling quite accomplished as each one of them tasted the freshly made food. They returned to the resort for lunch, and rested for a few hours, after which they embarked on the next trek. Some memorable adventures that the students had involved taking off their boots in order to wade through a knee-deep river, in addition to viewing a beautiful sunset off a rather high cliff. They returned to the resort, worn and fatigued, but in high spirits and a sense of accomplishment after having completed their approximately 15 kilometre journey. The day ended off in a rather light-hearted, enjoyable way as the students gathered in the Conference hall to dance and sing to music played by a DJ. Everybody had a lot of fun, and went to bed with smiles on their faces. 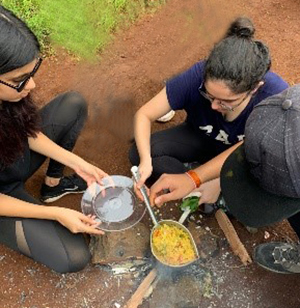 The final day started off much the same as the previous one, and the students once again embarked upon their trek, albeit a shortened one as the paths and trails were quite slippery owing to the previous night’s rain. After taking the typical group pictures associated with school trips, the students played team-building activities that tested and developed not only their communication and social skills, but also their on-the-spot thinking and leadership skills. After these activities, the students did play a bit of volleyball in their free time and then sadly left, getting into the buses on the way back home. 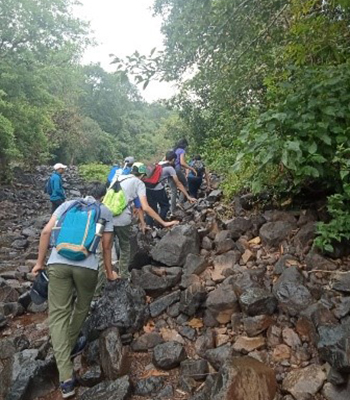 In conclusion, the trip proved quite beneficial for both students and teachers in terms of freedom from the distractions of technology as well as the stresses of everyday life. Indeed, as one student accurately put it, “We were all definitely ‘one with nature’!”