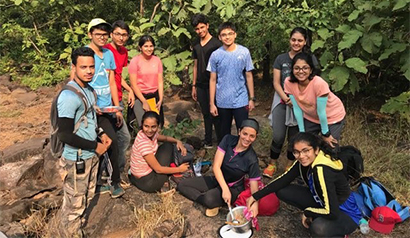 The IAYP trip for the Bronze Level (Certification) was enjoyable, exciting, and thoroughly engaging. Students of classes 10 A, B and C completed three trekking expeditions, each being 10 km long, over two sweltering October days. After being divided into 9 teams, each team was handed a bunch of photographs along with details of checkpoints, which they used to navigate their way through the tall grasses, across murmuring rivers and up slippery slopes of the rocky mountainous terrain. The treks were characterised by the constant discussions on the interpretation of the route, motivation to those who fell behind in the group, encouragement complete the task on hand, laughter and chatter of 95 excited trekkers, who exhibited immense energy throughout the camp days. Working in collaboration with a team of students while catering to the demands of each member proved to significantly build their cooperation and teamwork. The ‘random’ nature of team choices provided an incredible opportunity to strengthen existing bonds as well as make new friends (including the 6-inch long spiders that they encountered in the forest). 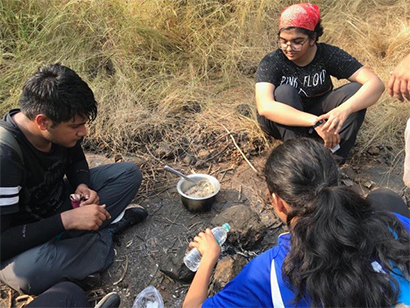 The powerful connection between the students and their natural surroundings was one made in the absence of Wi-Fi or mobile network. Even when they weren’t trekking, they kept themselves occupied by playing badminton and football, as well as sitting outdoors soaking in Vitamin D. Undoubtedly, there was some amount of difficulty involved in the transition from roads to dirt tracks and cosy homes to tents at Kundalika Rafting Camp, amongst other gruelling challenges faced on the trip. However, the students were quick to accept the challenges they faced and even adapt to the minimalistic lifestyle without uttering complaints. 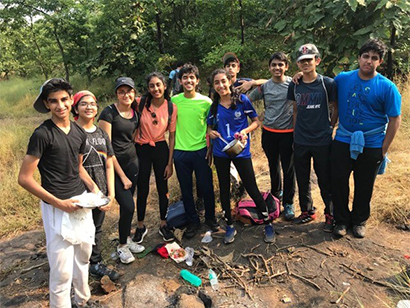 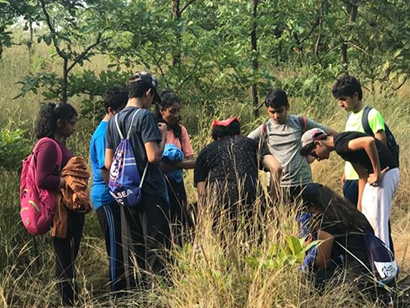 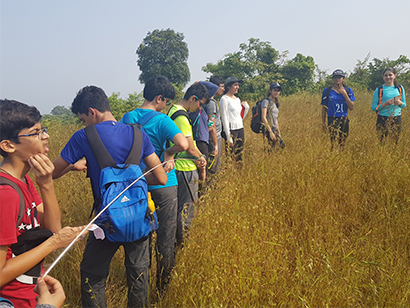 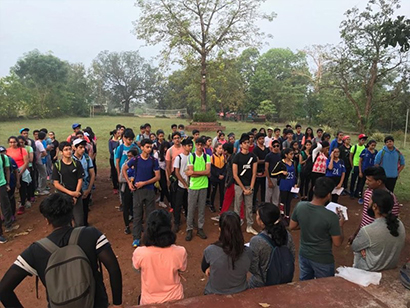 The treks were an amalgam of skill-based learning. Of the many skills sharpened over the course of the trip, leadership and management were two of the most essential ones learnt, purely through experience. As leadership roles were rotated on each of the three trails, a large number of students were able to gain confidence in their own abilities, while keeping the others motivated and moving at a suitable pace. The leaders “were understanding and empathetic; they never failed to assist us even when we faced even the tiniest of obstacles.” All members put in a group effort to meet the needs of the rest of the group; the team even had the patience to take frequent breaks whenever a member’s laces came undone (which, unsurprisingly, was a common occurrence). The treks also sharpened the students’ navigational and observational skills as they kept a keen eye out for checkpoints and referred to photographs of the landscape to find their way through volcanic terrain. The main objective of IAYP was to empower youth; every participant will promptly attest to the fact that this goal was achieved on the trip. Never before have they started their own fires using merely twigs and dried leaves, let alone cooked breakfast poha on the same. By the end of the camp, all 95 faces were plastered with satisfied grins as the empowering feeling of independence and self-sufficiency warmed their hearts. They returned home- exhausted from the treks- with not only an IAYP bronze level certificate, but also a ton of memories. 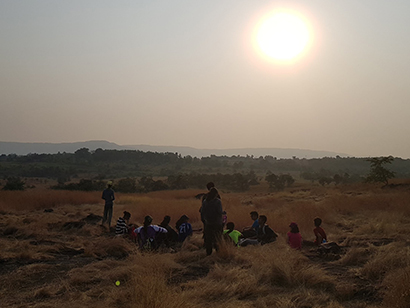 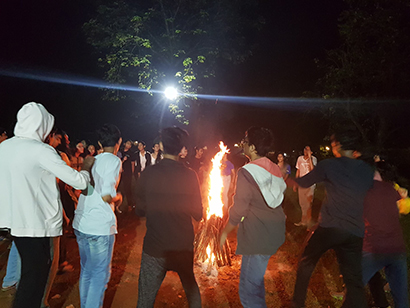